The Academy of Grounding (AOG) is a martial arts school situated in the heart of West End. It was founded by Kory McAvoy and Lauro Rodrigues to cater to both kids and adults from all walks of life. The couple offers the OVERCOME program for free in hopes of returning to the community what AOG has given to them.

“The OVERCOME program is like a global project where everyone helps one another. It is not just limited to veterans, but even victims of domestic violence to learn some form of self defence,” said Rodrigues. Before taking AOG to Montague Road where they are presently located, they started by offering Jiujitsu classes in their garage in Vulture Street. They let the community know about their classes through word of mouth.

“I walked around the neighbourhood and just spoke to people. I found an amazing restaurant and a chef who works there and told him he was very strong and that he should train Jiujitsu with me. He actually came to try with his friends and we had about 30 people training Jiujitsu in our garage,” said Rodrigues. “Everyone liked the underground kind of concept, thought it was a great experience and started bringing their friends along.” said Mcavoy.

Mcavoy and Rodrigues are joined in the OVERCOME Program by Jayme Temple who became a United States Marine Infantryman at the age of 18. A year into his training, he sustained injuries and was discharged, eventually pursuing a career in mental health and wellbeing instead. As a psychotherapist in private practice, he counsels people of all walks of life including veterans/first responders who suffer with trauma related disorders including Post-Traumatic Stress Disorder (PTSD). He spent time working in New Zealand and Florida, in foster care and rape crisis centres as a trauma therapist, before making the big move to Australia. Having lived in Brisbane and the Sunshine Coast for a year and Darwin working in Indigenous and forensic mental health prior to that, and with a background as a veteran, Mcavoy and Rodrigues believed Jayme had the potential to contribute and be involved in the OVERCOME program.

“I work in the mental health line and I struggled with some issues of depression myself in the past. I was having a tough week and happened to walk past the AOG and decided to make some lifestyle changes. I popped in, met Lauro and realised he was extremely friendly and that is how I developed a relationship with the couple,” said Temple.

He believes that what Mcavoy and Rodrigues have been doing for the community has been making a considerable difference in the lives of others, not just veterans. “I went for their Jiujitsu classes and within a week or two, I noticed a big difference in my mental state and physical health. It is challenging, but also very therapeutic. It is amazing to think how Kory and Lauro started Jiujitsu right under their house and overcame obstacles to build this place today.”

The AOG also offers wellbeing classes and workshops to students of all ages to develop themselves. 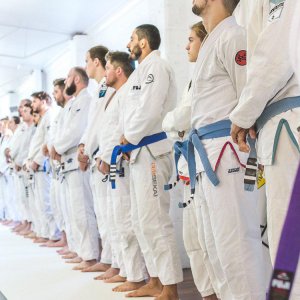 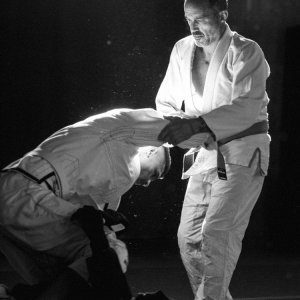 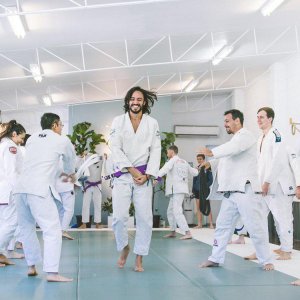