A $500 million landmark apartment development in South Brisbane has just been completed, creating the tallest building in Brisbane south of the river and setting new construction records. Brisbane 1 takes pride of place on the South Brisbane skyline, consisting of three separate towers of up to 33 storeys.

It occupies an entire block bordered by Cordelia, Peel and Boundary Streets and offers some of the most spectacular views available in Brisbane. More than 80 per cent of the 608 apartments at Brisbane 1 have been sold with the first residents already starting to move in.

R&F Property Australia’s commitment to building all three towers concurrently helped the project set a new record for Hutchinson Builders with 80 levels across three towers completed in only 23 months. Designed by Brisbane-based architects Bureau Proberts, each tower has access to an expansive recreation deck on level six, featuring a 25-metre lagoon pool and barbecues and alfresco dining areas. Residents will also enjoy a host of other exclusive amenities, including two spas, lush rooftop terraces, three plunge pools with bird’s eye views, a gymnasium, theatre, children’s playroom and other entertainment spaces.

Brisbane 1 provides a wide range of one, two and three-bedroom apartments, and three and four-bedroom penthouses for luxury sky high living. A retail component on the ground floor is expected to include a café and other convenient services. R&F Property Australia Vice President Thomas Chiu said the completion of construction was an exciting milestone in the ongoing transformation of South Brisbane.“Brisbane 1 has transformed the site of a former TAFE college into a premier residential community on the doorstep of a huge array of cultural, entertainment, employment, transport and educational services, and only one kilometre from the CBD.” 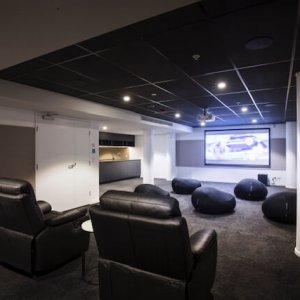 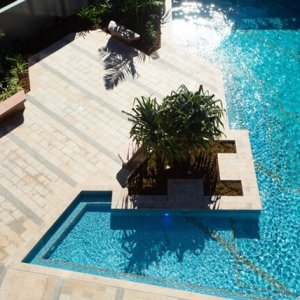 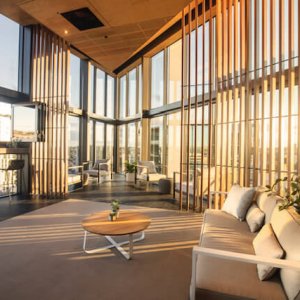