The first tower of South Brisbane’s largest new apartment project, Brisbane 1, has been completed with the first residents of the $500 million development expected to move in later this month.

Brisbane 1 is the highest building in South Brisbane, consisting of three separate towers of up to 33 storeys connected by an expansive recreation and pool deck servicing the 608 apartments. The new regional landmark occupies an entire block bordered by Cordelia, Peel and Boundary Streets on the site of the former South Brisbane TAFE College. Approximately 80 per cent of apartments in the premium project have been sold prior to the completion of the first tower while construction of the remaining two towers is expected to finish ahead of schedule later this year.

Brisbane 1 is the largest in a series of new residential developments transforming Brisbane’s fast-growing inner south into a highly sought-after urban lifestyle destination. It is also one of several south-east Queensland projects being developed by R&F Property Australia, which is part of the global R&F group with interests in China, Malaysia and the United Kingdom.

R&F Property Australia Vice President Thomas Chiu said he was delighted to announce the completion of the first tower at Brisbane 1, which represented the company’s first completed stage of an Australian development. “This is an exciting milestone for R&F Property Australia, especially as Brisbane 1 is the largest new apartment project in the thriving suburb of South Brisbane,” Mr Chiu said. “In the next few weeks, further settlements will be taking place and we will be welcoming our very first residents to Brisbane 1. Unlike many other large projects, we opted to construct all three towers of Brisbane 1 concurrently, which has resulted in a record-breaking build time and will also greatly reduce the time residents are subjected to construction activity.”

Brisbane 1 offers an extensive range of exclusive resident amenities, including a 25-metre lagoon pool, two spas, barbecue areas, lush rooftop terraces, a gymnasium and other private entertainment and community spaces. Residents and the local community will also benefit from a planned ground floor retail component expected to include a cafe and other convenient everyday services. Brisbane 1 features an expansive lobby with warm timber and stone textures and floor to ceiling glass, setting the tone for the stunning glass façade that is a hallmark of the towers stretching up to 33 levels above street level.

Remaining apartments range from affordable one-bedroom one-bathroom units suited to first home buyers and investors, to two and three-bedroom luxury apartments and three-bedroom penthouses with extensive balconies or private rooftop terraces. “The size and scale of Brisbane 1 has allowed us to cater for many sections of the market and create opportunities for both owner occupiers keen to get a foothold in South Brisbane and investors providing much-needed rental accommodation,” Mr Chiu said. 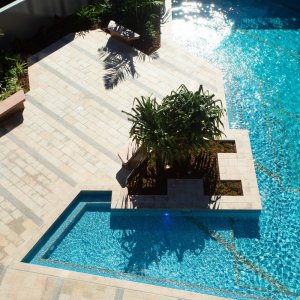 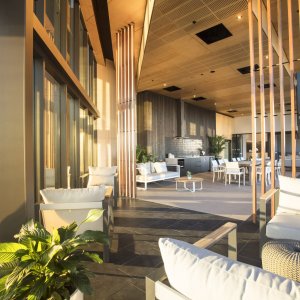 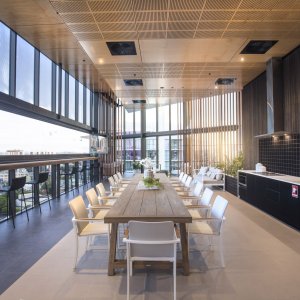 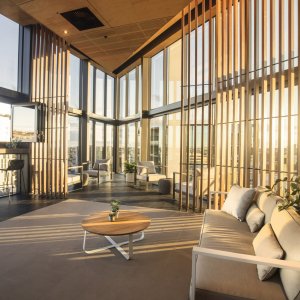 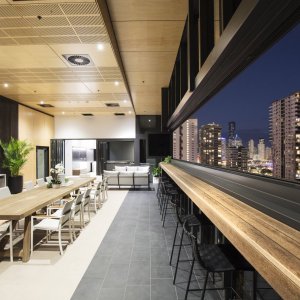 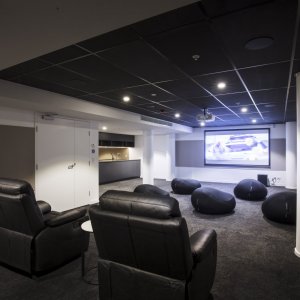