Fall under the charm of the longest-serving performer in the Moulin Rouge‘s 120-year history, Marissa Burgess, the legendary showgirl and the toast of Paris. Originally hailing from the sandy beaches of Newcastle in New South Wales, Burgess embarked on a journey to France at just 17 years of age to pursue her passion for dance and all things French. She is a legendary showgirl with a string of accolades to her name, and has been the subject of many French television talk shows and United States documentaries. Burgess will be joined by Sunshine Coast superstar, and fellow Moulin Rouge star, Morgan Kenny, together with a crème de la crème of showgirls, with those who have graced the stages of Moulin Rouge, The Lido and other French cabaret revues also featuring in the 90-minute production.

Since returning to Australia in 2016, Cabaret De Paris has been her way of introducing the country to classic Parisian style, class and glamour. Audiences are sure to be dazzled by its opulence and sophistication, with lavish costumes amounting to over a quarter of a million dollars. Skirts, feathers, sequins, rhinestones and jewels will whip across the stage, as lively characters entertain audiences. Burgess will be joined by the crème de la crème of showgirls, with dancers who have graced the stages of Moulin Rouge, The Lido and other French cabaret revues also featuring in the 90-minute production.

Cabaret de Paris is choreographed by Todd Patrick, one of Australia’s dance leaders who began his formidable career with Disney, before working for Versace, Dior, Issey Miyaki, Gucci and Chanel, across Europe and Asia. As a dancer he worked internationally, one of the highlights being the principal in The Lido in Paris. 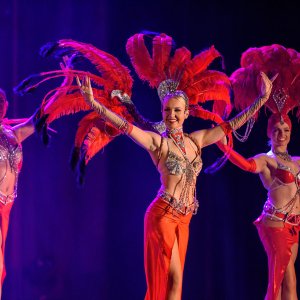 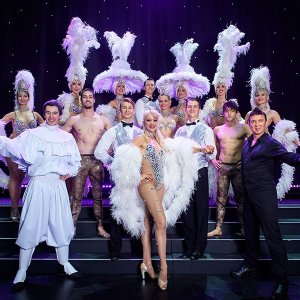 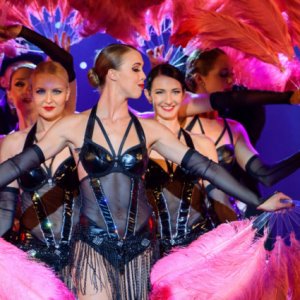