A quintessential Queensland cottage on the corner of Jane Street is hiding a wonderful secret, and that secret is coffee.

Step around the side of this quaint cottage and you will find James Hastie hanging out of a colourful window serving coffee with a smile. Who Shot the Barista is one of the newest West End staples, and the cold brew is not the only reason why people keep coming back. Owned by Niki McAleese and managed by Hastie, the cousins have been up and running for more than a year and fully intend to keep sharing their love of the bean with patrons on the 4101 peninsula.

Sitting down with McAleese and Hastie around a large dining table in the back of the cottage, you really get the sense this is a tight knit family that has a true love affair with West End. The pair both went to West End State School then Brisbane State High School, and despite their travels have always returned home. The cottage has been in McAleese’s family since 1995, and it was her father who first suggested turning it into a coffee shop. “The coffee idea actually began with Dad. He always wanted to work out of one corner of the cottage, but never really set it up,” McAleese said. “It’s an ode to Dad,” she smiles, adding that the cottage is also the 4101’s newest co-working space, West End Shared Offices, which rents space back to the cafe.

Coffee runs through the family’s veins. Hastie speaks fondly of the times their godmother recited coffee readings for the pair as children, and the Greek style coffee would leave a story in the grind at the bottom of the cup.

Graffiti was an issue for the cottage, so the idea for a mural became the solution to keep vandals at bay. Local artist Jacqueline Hill painted the cottage from a photo McAleese had taken on a family holiday in Positano. The mural has become an online sensation, with people travelling internationally to take their photo with it. “We’ve got people from Canada and Texas who have been contacting us saying they want come visit,” McAleese said. “My husband Ashley has even had people show him photos of the mural on Instagram while he was in Indonesia.”

Hastie is a Master Roaster and is not afraid to share his secret to great coffee. “It’s about understanding that coffee is sweet, sour and bitter, and it’s all about finding a balance. You need to understand that coffee is the second biggest commodity on the stock exchange below crude oil but that each tree only produces about one to two kilos per year. You’ve got to have respect for the beans that you’re using.”

Hastie and McAleese are excited for the future of West End, saying the culture will keep changing as younger generations make their mark. “It’s the people that make West End,” Hastie said. “The arts the music, the culture —that’s what West End is.”

So the question remains, who shot the barista? Well it certainly was not these two, because they are alive and well serving sensational coffee. 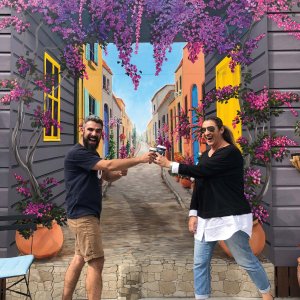 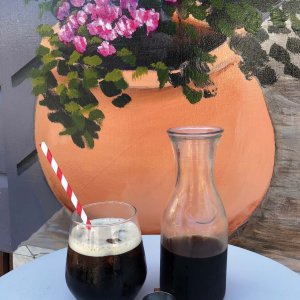 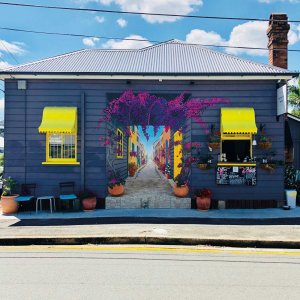 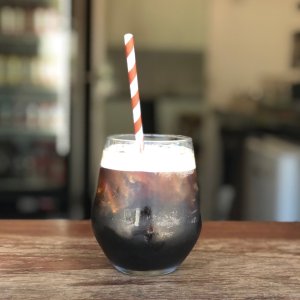 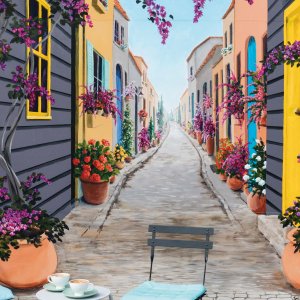 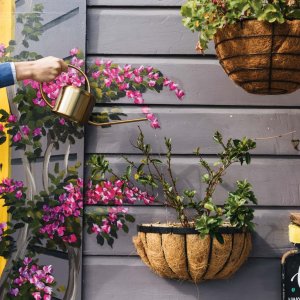 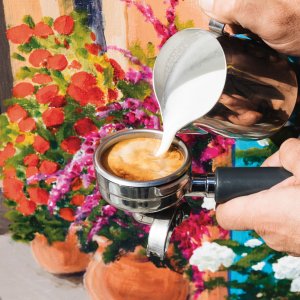 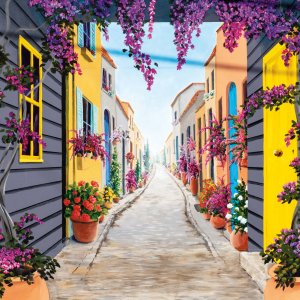 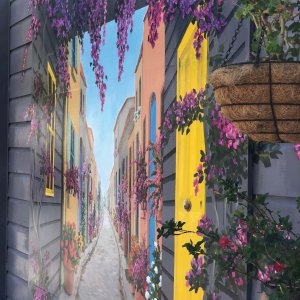