Theatre buffs flocked to the Brisbane Powerhouse on September 26 to witness the spectacular opening night of Daddy Long Legs. The intimate roundhouse stage at the Visy Theatre ambiently lit the minimal set while audience members waited on the edge of their chairs in anticipation. Inspired by Jean Webster’s novel that spawned a slew of adaptations, most notably the 1955 musical classic starring Fred Astaire, this award-winning play follows the story of Jerusha Abbott, the oldest orphan at the John Greer Home. Jerusha lives out her perfectly awful days caring for fellow orphans under the cruel reign of Mrs Lippit.

After having read her witty essays, a mysterious benefactor decides to fund Jerusha’s college education, in the hopes that she will become a successful author. Jerusha’s only clue her benefactor’s appearance is the tall, shard shadow cast by headlights against a wall. Gangly and shrouded in darkness like a creeping, crawling arachnoid, the mysterious benefactor earns playful nickname, Daddy Long Legs. In the spirit of the Bronte sisters, namely Jane Eyre, this wholesome Cinderella story illuminates the growing relationship between this endearing orphan girl and her benefactor through a series of letters.

Starring talent known for his work in both Fizz! and Next to Normal, Shaun Kohlman’s vocals stun in the title role of Jervis ‘Daddy Long Legs’ Pendleton, the mysterious benefactor. After her stint on the silver screen playing Maddie Gallagher in the award-winning SBS Mini-Series Safe Harbour, rising star Ella Macrokanis returned to dominate the stage with her enchanting performance of the witty and winsome Jerusha Abbott. Ella’s powerful vocals filled the theatre, consuming the audience wholeheartedly in this endearing performance.

This beautiful musical showcases the truest, most innocent form of love. Through it’s playful humour and magnificent score, Daddy Long Legs charmed audiences of all ages at the Australian premiere, and will continue to move crowds during its time at the Brisbane Powerhouse. 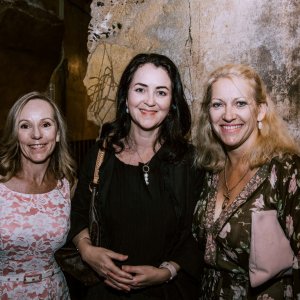 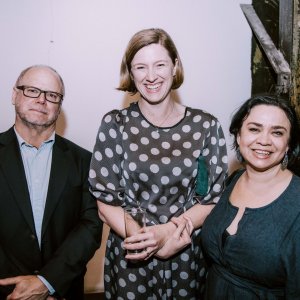 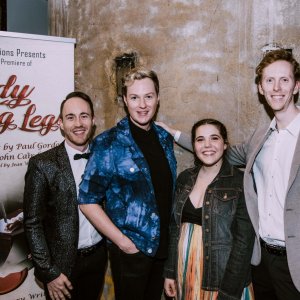