The Festival of Chariots on 28 April was a festival unlike any other where the people of Brisbane helped pull a huge wooden chariot through the streets of Brisbane, enjoyed live music, onstage performances and dancing. Crowds also got to take in a broad range of interesting and diverse market stalls and experience a wonderful selection of delicious Indian delicacies, soaking up the brilliant colours, flavours and culture of India. The kids also had plenty of entertainment, including face painting and other fun activities.

The Festival of Chariots was introduced to the west in 1967 by His Divine Grace A.C. Bhaktivedanta Swami Prabhupada, Founder of the International Society of Krishna Consciousness. This festival is now celebrated annually in major cities such as Moscow, New York, London, Rome, Berlin, Paris, Los Angeles, Toronto, Kuala Lumpur, Auckland, Johannesburg and more.  Performances that blazed the stage were classical Indian dances and folk dances such as the Bharatnatian by Keerthana, classical Indian music such as Ragas by Yatra, live music by DJ Dan and Friends and Transcendance, Sacred Sounds by Kirtan Music and a drama called The Gita. There was also talks given by the Queensland Police Service, a talk on The Festival of Chariots and a Krishna Farm talk. 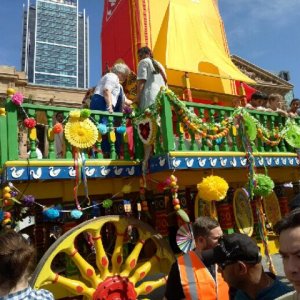 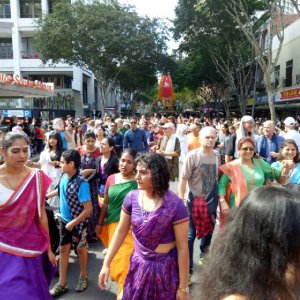 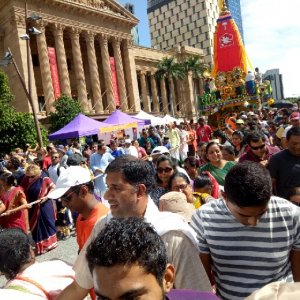 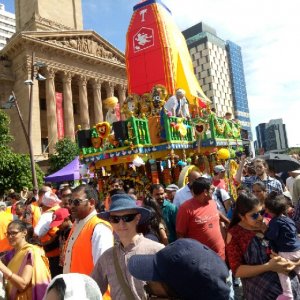 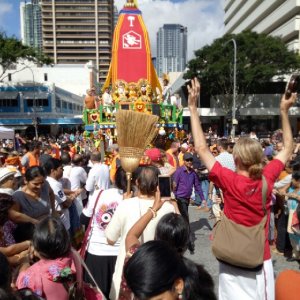 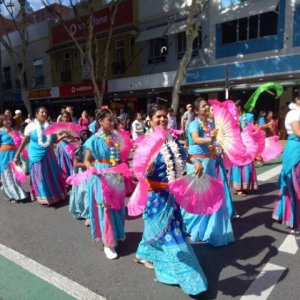