Published on February 7, 2018 | in Arts
Brisbane’s own Golden Vessel delivered a cool electronic show at The Foundry on Saturday 3 November, supported by Akurei, Rivah and Taj Ralph.

Following the release of his Right/Side EP last year, Golden Vessel, known to his parents as Max Byrne, returned from his Los Angeles stint writing and producing music. His dreamy atmospheric and electronic sound has been making waves since his debut performance at This That Festival.

First to hit the stage was Rivah, with her soulful and effortless harmonies. It was her first time performing new song California Beauty locally and she did so with ease, her strong female vocals glimmering in and out of cool electronic pop tracks.

Taj Ralph followed with an array of smooth groove-pop tracks like crowd favourite Beat the Keeper. The upcoming Triple J Unearthed artist has shared the stage with Amy Shark and Kim Churchill, with his tunes the perfect soundtrack to a late night boogie.

Next was main act Golden Vessel who performed delicate electronic synths with Do You Think About Me and Shoulders. The up and coming producer oozed cool with steamy breathy vocals and wafting riffs, with support from Akurei.

When asked about his direction of music, Byrne discussed the possibility of moving to Los Angles and was adamant that the sound will evolve over time.

“My songs are hidden under a bit of weirdness, wanting to push to the extremities,” said Byrne.

Byrne made his start on Triple J Unearthed High at 15 years old, and although he did not win, Byrne continues to create music, currently working on his next album. Past tracks have seen the collaboration with newcomers Elkkle and Mallrart, with rumours suggesting the next team up will be with alt-pop Brisbane group Cub Sport.

A few days on, and I have been left hypnotised by the uniquely sophisticated sound of Golden Vessel. 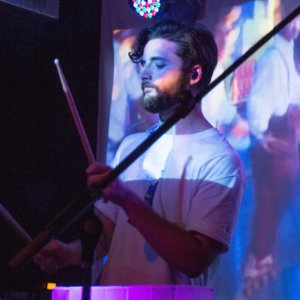 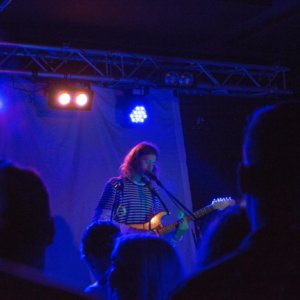