Family owned Harris Farm Markets will open not one, but two stores in Brisbane, beginning with Clayfield in November before opening the flagship store at West Village in West End in May next year.

Acclaimed champions of the value and freshness from truly seasonal product, Harris Farm Markets have operated for more than 40 years, delivering goodness with the firm belief that Australian families should have access to the freshest and best available fruit and veg.

Queensland is the first state in which the NSW based business is expanding, and there’s a reason: Queensland has a history with Harris Farm Markets. In November, Harris Farm Markets will open at the site of the current Clayfield Markets on Sandgate Road, home to an outstanding fruit and vegetable offering for 25 years, and run by much-loved local produce experts, Carlo and Susan Lorenti. It’s this site that holds the history.

“We are incredibly excited to be opening at this site because Harris Farm used to own it 30 years ago before handing it over to Carlo and Susan. It’s a full-circle story and we are thrilled that Carlo and Susan are staying on as our managers at Clayfield, along with as many staff as possible,” said Harris Farm Markets co-CEO Tristan Harris, one of the three Harris sons who now run the company after their parents, David and Cathy Harris, retired.

He said the two Brisbane stores will offer produce from more than 300 Queensland growers, creators and producers, including organic milk from Barambah, My Berries from Caboolture, Brisbane’s Roza’s Gourmet sauces, and organic chicken from Hobbs Family Farms Organic in Pittsworth.

In addition, combined the two stores will employ over 200 staff, a welcome injection to the local economy. “The Clayfield store will be home to the best in fruit and vegetables, including a tomato shed, organic produce section and a leaderboard of Queensland strawberries and mangoes, as well as a gourmet grocery section of boutique local products, an extensive deli and offering of more than 200 cheeses, a bakery section with the best breads from sourdough to brioche, and a premium meat selection.”

“It will be a flavour-filled showcase of Queensland and Australian produce under one roof, and we can’t wait to open in November in a city that values their fresh fruit, vegetables and food stories so highly. Queensland is famed for the richness and range of produce grown across the state, and to be able to work with so many wonderful producers is one of our dreams.”

The Clayfield store will undergo a rebuild, redesign and changeover, before opening in late November as Harris Farm Markets Clayfield.  In May next year, the flagship Harris Farm Markets will open in the exciting West Village development at West End. “If Clayfield is our historic family home in Brisbane, then West End will be our headquarters,” said Tristan.

Harris Farm Markets will take over part of the Peters Ice Cream building, built in the 1920s by the American migrant, Fred Peters.  “The warehouse space is nothing short of extraordinary and will allow us to build our flagship Queensland Harris Farm Markets store, with great local fruit, veg and gourmet grocery, as well as some local concession partnerships we’re really excited about. Opening in West Village, one of the most exciting urban developments we have ever seen, is a fantastic opportunity, particularly given the history of fresh fruit and vegetable markets in the West End peninsula,” he said. 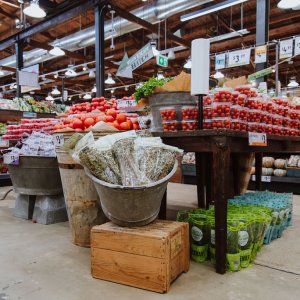 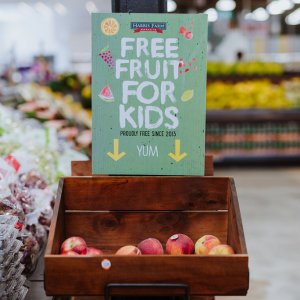 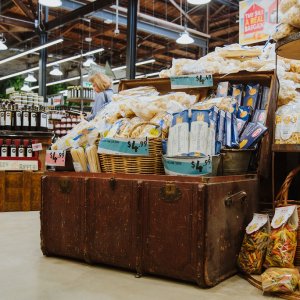 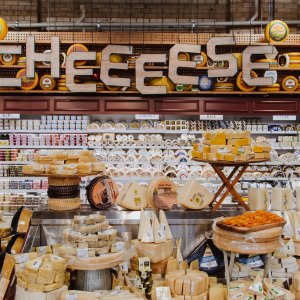 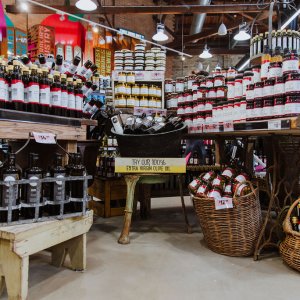 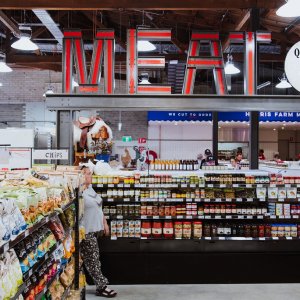