On the open-air deck, and beneath a luscious canopy of native vegetation, a long brunch was held at Southbank Beer Garden to celebrate the steakhouse’s collaboration with chef Guy Turland and Hoegaarden beer. The brunch was a vibrant affair, and guests were treated to a new Hoegaarden infusion, a complementary three-course meal, and a cooking demonstration.

Turland is a popular fixture on the Australian restaurant scene. He began his career as a YouTuber, and made cooking videos on the sun-kissed shores of Sydney’s northern beaches. His easy-going attitude and penchant for Australian produce quickly garnered an audience; under the brand name Bondi Harvest, he soon secured a book deal, a show on the SBS food channel, and a restaurant in Santa Monica, California.

Turland led guests through a preparation of ceviche, a seafood dish made from raw fish cured in citrus juices and seasoned with coconut milk, cilantro, and chilli peppers. The fish was paired with smashed avocado and tortilla chips; the fresh herbs and lemon-y goodness seamlessly complemented Hoegaarden’s refreshing blend of beer, blueberries, raspberries, and vanilla bean.

Next up was a three-course menu co-created by Turland and Steve Bestwick, the executive chef at the Belvedere Hotel. First course included oysters dressed with black pepper and lime granita, as well as barbecue king prawns topped with chimichurri. The main meal comprised a smokehouse feast board featuring slow braised beef brisket and chargrilled grass-fed sirloin, as well as a brown rice tabouli salad. Finally, the brunch was concluded with mixed petit fours and a cheese board.

The mood was all about relaxation, and the food was a cool mix of high-end summer eating; re-invented family favourites like pop’s marinated chicken pieces and nan’s pickled red onion salad. Luckily for Beer Garden patrons, Turland’s ceviche dish and the new Hoegaarden infusion are set to become welcome fixtures in the Stanley Street Plaza. 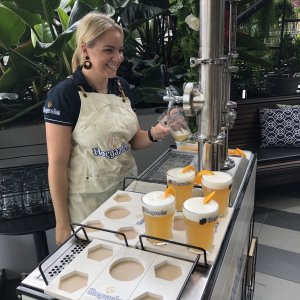 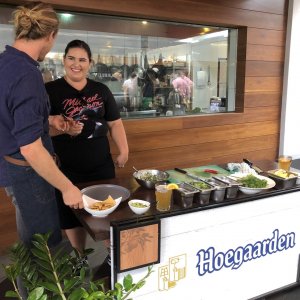 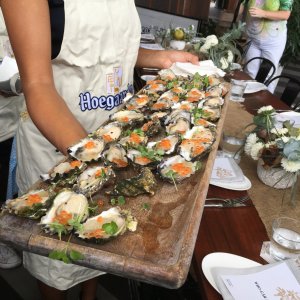 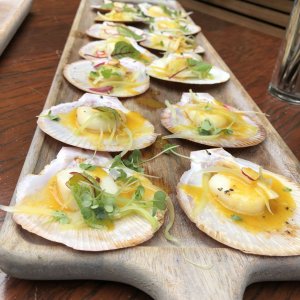 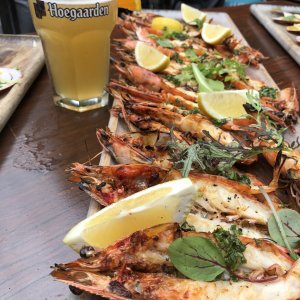 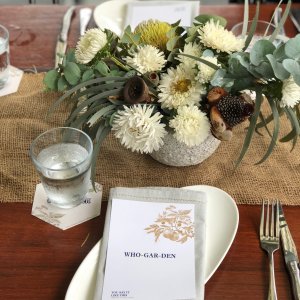 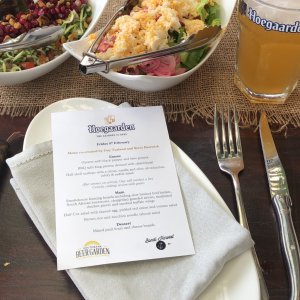 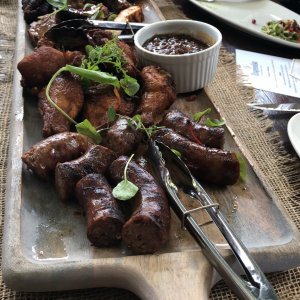 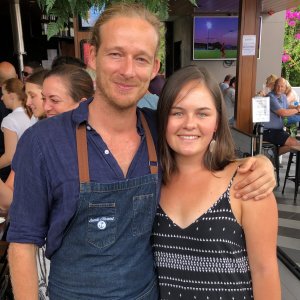