The Kurilpa Derby celebrates life lived on wheels with a parade and novelty races on Boundary Street in West End. This year, the 12th annual Kurilpa Derby continued its community celebration on Sunday 1 September. As a free community event, the derby recognised everything great that Kurilpa has to offer, West End, Highgate Hill, South Brisbane, and Hill End, and is organised by members of the West End Community Association.

The derby was open to all of those who had a connection to the Kurilpa community. Kicking off at 2 pm, attendees were encouraged to participate in or watch the parade, demos, games, and races. It commenced with the Kurilpa Derby parade down Boundary Street from the Dornoch Terrace Bridge to the intersection of Boundary Street and Jane Street, which was then followed by an afternoon of demos, novelty races, prizes, and music. Live music accompanied rollers, with performances from The Wonky Queensland to listen to.

The association laid out a guideline for derby goers to follow, highlighting that the derby was meant to be fun, local, and inclusive. It is also non-commercial, with free entry and prizes awarded based on interest or contribution rather than speed. Also mindful of the environment, the Kurilpa Derby focused on and encouraged participants to use environmentally friendly wheels.

Every year the derby is run by volunteers, who offer their time and labour to ensure that the event runs as smoothly as possible. This year’s helpers were a mix of organisers, performers/demonstrators, marshalls, first aid crew, police, and SES. The West End Community Association says that “this joy of service makes the spirit of playfulness, togetherness, and DIY ethos of the Derby and Beggars Banquet.” 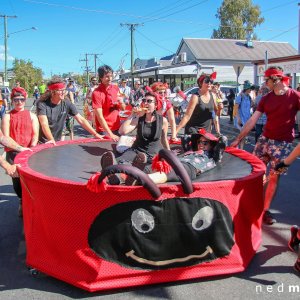 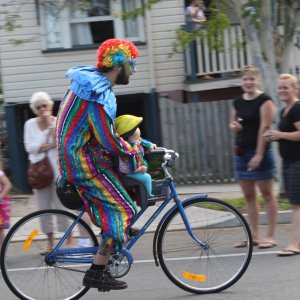 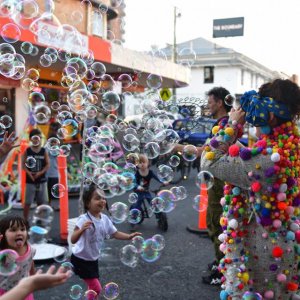