Brisbane’s business resilience was a standout of the 2020 Lord Mayor’s Business Awards. Following a harrowing year for Brisbane business, stories of adaption and success in the face of adversity are the highlights of the 15th annual awards.

Acting Mayor Krista Adams said among ten awards, science-based education company, Street Science was awarded the inaugural HSBC Award for Excellence in Business Adaptation. “Pivot was the buzz word among Brisbane businesses which changed their offerings to survive this pandemic and Street Science have been a stellar example how innovation helped them, not only survive, but thrive,” Cr Adams said.

“Street Science quickly adapted their business to become the first in Australia to launch a free home-schooling program as well as digital classroom kits and virtual excursions for schools around the world. This pivot saw them lead the way in how to educate from home and the company now reaches up to 20,000 people per week across six different countries.”

The Courier-Mail Business Person of the Year Award was awarded to iconic restaurateur Tyron Simon, director of well-known restaurants Agnes, sAme sAme and Honto, and Founder of LONgTIME and Rick Shores. Cr Adams said the hospitality sector endured some incredibly harsh conditions when doors had to shut and patronage was limited but Tyron’s perseverance and determination made him a role model for the business community.

“Growing up, Tyron had dreams of playing cricket for Australia, but these were crushed when he injured his knee. With a need to secure employment, Tyron discovered his love for hospitality and from there, one of our most celebrated restaurateurs was born,” she said. “He has shown adaptation and perseverance through tough times, the courage to take risks and make difficult decisions, and he is proof that you can achieve whatever you set out to do.”

The Port of Brisbane Pty Ltd Award for Young Business Person of the Year was awarded to Ashleigh Morris, founder and CEO of Coreo. “In just three years Ashleigh has grown Coreo from small beginnings into a globally-recognised and award-winning company that advises industry and government on creating a circular economy,” Cr Adams said. “As someone who is clearly destined for great success, Ashleigh is globally recognised for her strategic foresight and experience and was recently named as a global Top 100 Corporate Social Responsibility Influential Leader.

“A Prime Minister’s Scholar, Ashleigh is an Australian ASEAN Emerging Leader who has been invited to attend the 73rd United National General Assembly in New York. She is also one of only a handful of people worldwide to be recognised as an Ellen MacArthur Foundation Circular Economy Champion.”

The Acting Mayor said the Optus Business Platinum Award recognised an overall winner from all categories, and went to Australia Pacific LNG Award for Business Innovation winner Seipel Group. “Brisbane businesses have a diverse range of endeavours and Seipel Group is the only Australian company to have cracked the highly-competitive US nutraceutical market after developing the first scientifically proven herbal formula to help improve bladder control,” she said.

“I want to a thank the winners of the 2020 Lord Mayor’s Business Awards, and all Brisbane businesses for their ongoing contribution to our economy. The strength and resilience these businesses have shown throughout the pandemic, gives Brisbane hiKrisgh hopes for the future.” 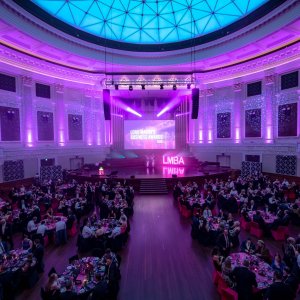 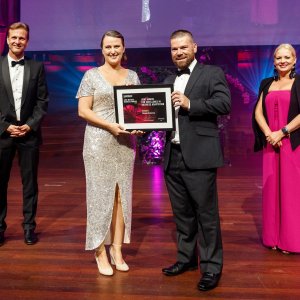 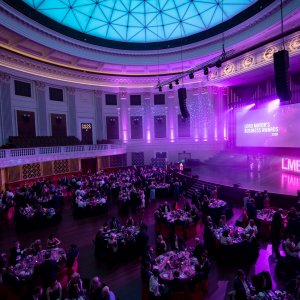