Local filmmaker Danielle Hastie has launched a crowd funding campaign for new film Not Like Me, tackling issues of domestic violence and growing up with conflicting masculine role models.

Danielle Hastie, writer and director of the film, says usually the topic of domestic violence is told from a female perspective, so in this film she wants to tell a story from the perspective of a young boy who is trying to find his own male identity amidst confusing and contradictory influences. “There is such a ground swell in society at the moment, surrounding family violence and gender-based violence,” says Danielle. “Even just general violence whether it’s at home or abroad. Where does it come from and what does this do to future generations? Although this film doesn’t directly show a violent episode, it touches on how kids, particularly boys are nurtured and how that might affect who they become.”

From Danielle’s perspective, Australia has a “tough it out and she’ll be right mate” attitude towards masculinity, which makes she worrying about characteristics of our society. “I’ve worked in schools and seen boys grow, particularly sensitive, creative ones who don’t fit the ‘footy, beer, get drunk and hit someone’ mold. This film is for those kids, and kids who have experienced any kind of violent trauma or families struggling to cope with the aftermaths of family violence.”

Danielle’s travel experience with her family was the key inspiration behind her new film Not Like Me. “I went on a cruise to New Zealand with my parents and got horribly seasick. My parents were spring chickens. I was surrounded by walking sticks, wheel chairs and assisted wheeler fights to the ‘all you can eat’ buffet. But I did watch the most impressive vegetable carving competition on board, against all the chefs. A cauliflower poodle on a cruise ship started it all. Then I fill in the story gaps with real world issues that I care about. I’ve been quite interested in how domestic violence, and just general violence in society has shaped so many lives – or destroyed them. There is a lot of anger out there that I think we need to address.”

The community can support Not Like Me by donating online. 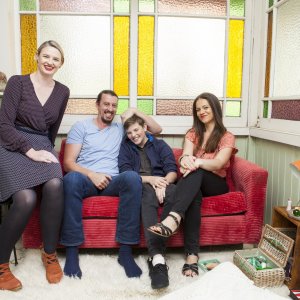 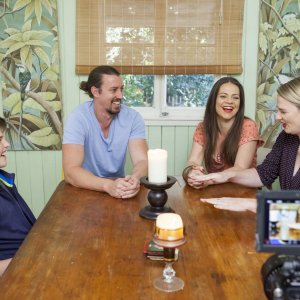 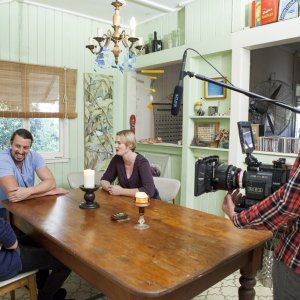