Oche Brisbane wraps the heritage game of darts in a social experience that is undeniably 2020 and beyond. Guests are invited to put down their phones and share 85 action-packed minutes playing darts with their squad, fueled by a wonder of share menus thoughtfully crafted from local produce by chef consultant and former Head Chef of Gerard’s Bistro, the acclaimed food whisperer Ben Williamson. Designed of course specifically to be eaten with that one free hand!

Oche is focusing on environmental sustainability in an effort to create Brisbane’s first “environmentally considerate venue.”  The shared menus and focus on finger-food mean cutlery is out, there is hardly any paint on the brickwork and local produce and brews are given precedence in an effort to cut down on transport related emissions.  Locals brews will also be championed with the seasonal bar showcasing a different local brew master, wine maker or distiller every month.

Managing Director at Oche Brisbane is Dafydd Evans who boasts a remarkable career in marketing and business development working with some of the world’s biggest brand names. Welsh-born Evans has officially made his home in Brisbane… having a beautiful Australian fiancée will do that!

“Oche signals the renaissance of the analogue social experience, where the phone is no longer the centre of the universe and instead real-life experiences and relationships are given the priority and attention they have long been denied,” said Evans. “We want Oche Brisbane customers to talk, play, taste, sip, laugh and connect, to engage in an age-old game that’s been re-skinned and modernised, supported by a cool checklist of experiences – cocktails, local brews, food to suit, chill tunes, a venue that could tell a thousand tales, and the opportunity to get a little competitive at the same time!” 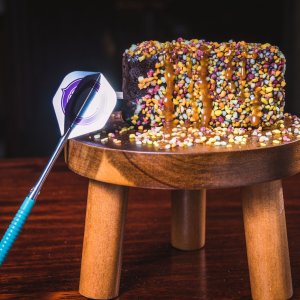 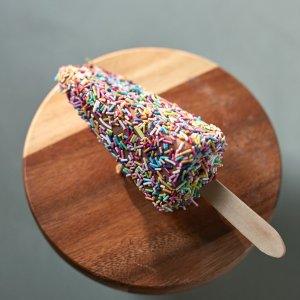 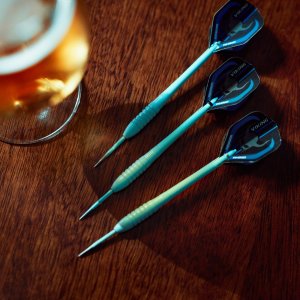