In the 4101 as in other places, police are sometimes judged harshly by people who do not understand the complexities of their job. Senior Constable Sandi Trembath from the West End Police Station believes in the need for crime prevention, using compassion and kindness to avert misdemeanour.

Trembath found herself, at age 29, the single mum of a four-year old, unsure of who she wanted to be. “I wanted a job where I would go to work each day not knowing what was going to happen. I wanted a job where I could help people and work both inside and outside.” She decided joining the police academy fit the bill.

That was 15 years ago. Today, Trembath has taken a step back from the frontline to fulfil a community facing role in which she analyses criminal activity to understand underlying patterns and better prevent crime. She also educates the community and connects with vulnerable people in the area, like homeless people or those who have committed offences in the past. Trembath says, “It’s a good feeling to help homeless people.” She was awarded the Rotary Club of South Brisbane’s Essential Services Award in 2017 in recognition of her work.

In West End, she says there is a battle between warring social groups; those who have grown up with privilege and those who have not, leaving the police service feeling stuck in the middle, unable to act unless a legitimate crime has been committed. Trembath tells stories of helping familiar faces in the neighbourhood who may be intoxicated or in need of help, and how her work is often perceived wrongly by well meaning passers-by. “A lot of people appreciate us. They truly do. But we do have people who as soon as they see us talking to someone or trying to help someone, they think that we’re harassing them; arresting unfairly.”

Trembath says this wider negative opinion of the police is one of the greatest challenges for the 4101 beat, aside from the emotional turmoil officers face as part of the job. “It does change how you see the world. You’re more vigilant with security. It does affect your ability to trust people, but it’s nothing new. It’s the normal being over-exposed to the negative side of people.”

But for Trembath, her experiences helping those in need outweigh these adversities. “There are homeless people and Aboriginal people in the area that have been badly abused or treated in their life in general and have had negative experiences with police. I’ve found that with time and kindness, and understanding, speaking to them in a gentle way, and helping them, they’re starting to see the police aren’t here just to arrest people. The police do genuinely care. Seeing their reaction to that, it means a lot to me.”

Having been without a permanent superior at the force for the past three years, the beat has now welcomed Senior Sergeant Geoff Douglas to the team, joining 30 officers assigned to the West End and South Brisbane district.

For Trembath, passion for her job has never faltered. She appreciates the diversity of West End — a mixed bag of people, businesses and issues making each day unique.

Readers also enjoyed this story about Who Shot the Barista. 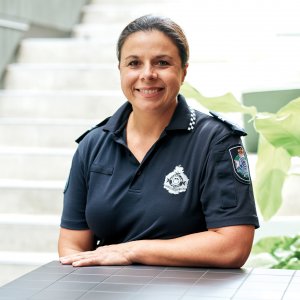 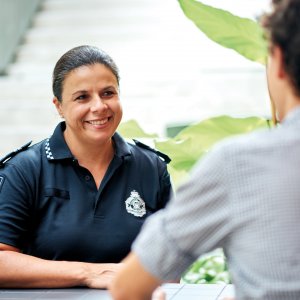 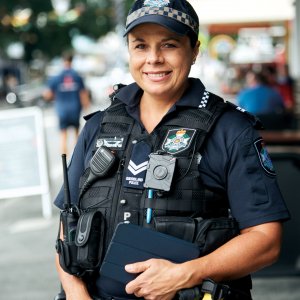 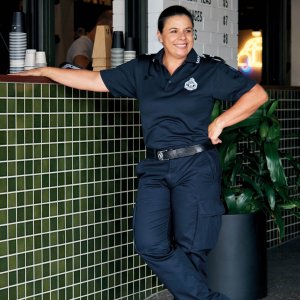 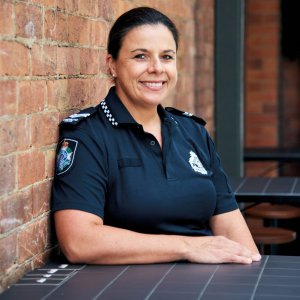 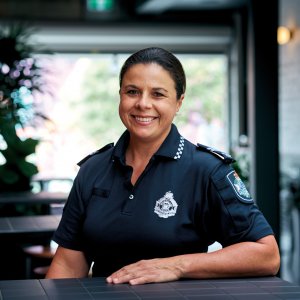