A blast from the past, Pincadia brings the best of a 70s and 80s childhood back to life. When owner Dave Lowe’s collection of pinball machines and video arcade games outgrew his home, the best solution was to share it with the people of Brisbane. Thus began Pincadia, an arcade meets gaming centre meets restaurant meets bar in Woolloongabba. A collection 30 years in the making, Dave’s games were the centre of Friday night gatherings with friends and family to listen to music, eat good food, and play the machines for their intended purpose: fun.

When the collection outgrew his home, the choice was to either “shrink the collection, expand the accommodation … or move out”, he grins. Pincadia, home to more than a dozen arcade games, along with board games, is steeped in 80s nostalgia that is clearly close to Dave’s heart. “It’s my era so I’m an expert of the era,” Dave said. He does admit, however, that he gets a lot of people younger than him who know and love the 80s vibe and the history behind many of his machines.

While the initial target audience was older than 25, the progression of customers has been encouraging. One week, you will see an adult working their way across the different machines. The next week, they are back with kids in tow, sharing the games of their childhood with the next generation. The venue is split into unique zones. As patrons enter, they walk through the footpath dining and indoor eating area where they can partake in the game-themed menu choices. Rather than an extravagant menu, choices have been kept basic with burgers, finger foods, and the age-old classic: chiko rolls.

The menu’s simplicity is largely inspired by what Dave remembers as being his meals of choice when growing up. Quick and easy, they can be eaten between rounds, or even while playing. Upstairs also features a bar and coffee area. Alongside the inside eating area is Pincadia’s namesake. Fourteen pinball machines, both old and new, stand in all their glory. At first glance, these machines draw all the attention: it takes a moment to realise there is still more to be seen. A staircase leads down to the next section of Dave’s collection. A range of electronic arcade games frame the room, with shelves off to the side housing an ever-growing series of card and board games, ensuring there is something here for anyone and everyone. A serious side to the pinball world also resides within Pincadia. ‘Pinheads’ play in local tournaments for the chance to compete nationally, or even internationally. Participation in competitions gain points for worldwide rankings in the International Flipper Pinball Association (IFPA). For those who think the competition might be too tough, spectators are welcome.

Pincadia is open Wednesday to Sunday, and late Friday and Saturday nights. 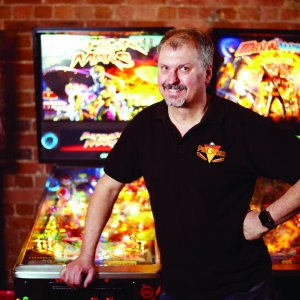 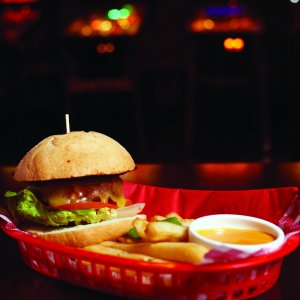 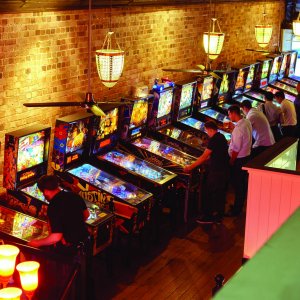 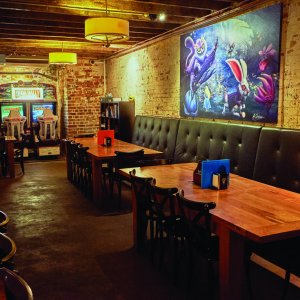 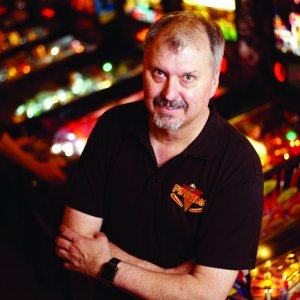 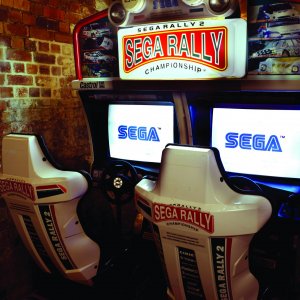