Australian Chef and one of the architects of Brisbane’s fine dining scene David Pugh has been appointed to the role of Executive Chef at the Brisbane Convention & Exhibition Centre (BCEC) to continue the Centre’s award-winning reputation in venue catering and special events.

Pugh, who spent more than two decades at the forefront of contemporary Australian cuisine with his much acclaimed Restaurant Two in Brisbane, is stepping up from his current role as Executive Sous Chef Development to that of Executive Chef. A former Queensland Ambassador Chef, David joined the Convention Centre two years ago to spearhead the establishment of the very first dedicated Dietary Kitchen in an Australian Convention Centre, revolutionising the way the industry tackles the challenge of increasing numbers of dietary requests. In the past 12 month alone, more than 100,000 special dietary meals have been prepared and served. With an impeccable culinary pedigree, David has carved out a stellar career working with some of the world’s finest chefs in New Zealand, in the United Kingdom at London’s famous Connaught Hotel and here in Australia, where his unabating passion for local produce has provided his inspiration and remains central to his cooking today.

BCEC General Manager Bob O’Keeffe said it was with great pleasure that he welcomed David’s appointment to the role of Executive Chef. “With his outstanding achievements over many years in the hospitality industry and his experience working with our local premium producers during his time as Queensland’s Ambassador Chef, David will bring a new dynamic to the Centre’s catering, continuing to deliver innovative and contemporary cuisine.”

The major influence of the newly appointed Executive Chef on the Centre’s Menus will be guided by his belief in an Edible Queensland, favouring the produce of the season. “At BCEC we have always been driven by ethical seasonal and regional values in our food. Food is being discussed in exciting ways and our clients are asking the important questions such as ‘where is it from’ and ‘how is it produced’. David says answering those questions has given rise to the Centre looking for even more Queensland producers.”

Considered a master of fine dining in the restaurant world, David will work with the team to develop a menu in rhythm with the seasons while acknowledging the now mainstream trend of today’s conscious eaters with a lighter variation of current conference food. “I believe in letting the food speak for itself by enhancing the natural flavours, using citrus and salsas instead of the more traditional sauces. I would love to see a more plant based menu, where the vegetable is more the hero food,” said Pugh.

He has plans to extend the Centre’s healthy option Nourish Mentality Menu, into the main banquet offering, changing the balance in line with the current shift towards healthier lifestyles.
With his eye always on the food trends of the day, Pugh says 2019 will see a greater influence from both North Africa and South America with their subtle use of warm and fragrant spices adding layers of flavour to our food.

BCEC’s new Executive Chef believes the skill set and experience of the talented team of BCEC Chefs is unrivalled in the industry. “They are so far ahead of the game, it is extraordinary what we do here every day to the highest standards of freshness, quality and professionalism for 20 or for 20,000 and I look forward to contributing to that amazing reputation,” said Pugh. 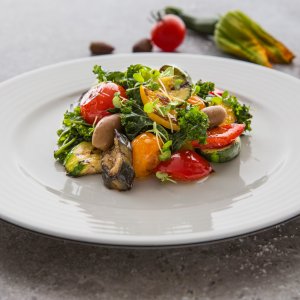 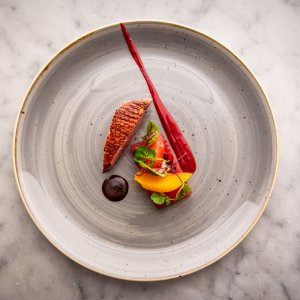 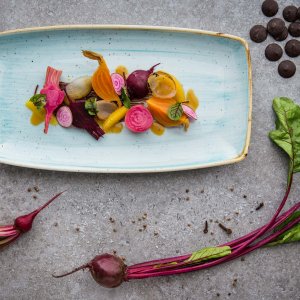