As if being a celebrated instrumentalist and YouTube sensation was not enough, Brazilian Joe Penna has added feature film director to his enviable oeuvre with Arctic, a survival flick that breathes new life into the man versus nature narrative. Arctic kicks off with the daily ins and outs of Overgard (portrayed by Mads Mikkelsen), a Danish pilot stranded in the Arctic wilderness after a light plane crash. Though Overgard exhibits advanced survival skills – he has rigged up an enormous S-O-S display and a mechanism for catching Arctic trout – his optimism is slowly being unseated by loneliness and frostbite.

After a rescue helicopter crashes near his campsite, which leaves the pilot dead and a young female crewmember (portrayed by Maria Thelma Smaradottir) critically injured, Overgard decides to brave the cruel, crystalline landscape to reunite the woman with her infant child. Unlike most man versus nature narratives, Arctic does not bombard viewers with loud catastrophes; Overgard is skilled in survival, and his inventiveness is a source of intrigue. Likewise, Arctic does not showcase the desperate, immoral extremes of life and death matters; Overgard hints at sarcasm, and he demonstrates a fatherly, rather than romantic attentiveness towards the young woman. Penna celebrates the “man” aspect of the “versus” narrative, and foregrounds Overgard’s quiet persistence to remain a good man.

Penna is the creative force behind MysteryGuitarMan, a YouTube channel that features musical experiments like Guitar: Impossible and Root Beer Mozart. Though music takes a back seat in Arctic, Penna’s ingenuity is on full display, as he offers a smorgasbord of Icelandic ice swept vistas and menacing rocky ascents. Mikkelsen commands attention in spite of the diminutive dialogue; his yearning gaze and ragged physicality beg for salvation. Arctic celebrates the human-ness of life and death matters, and perseveres alongside Overgard to show that goodness is hard to break.

Readers also enjoyed this review of If Beale Street Could Talk. 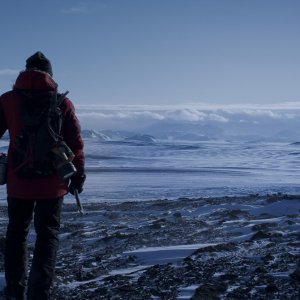 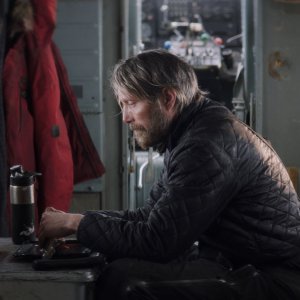 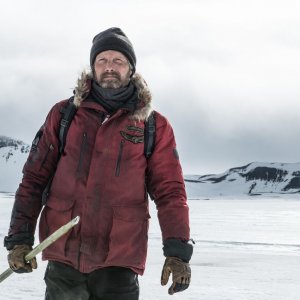