Part play, part rock musical and wholly entertaining, Barbara and the Camp Dogs is the latest offering from Queensland Theatre.

Hitting the big time is tough when the only booking your kick-ass band can score is a pub gig. But the boisterous, bolshie Barbara and her rockers the Camp Dogs are in it for the long haul. When a family tragedy beckons, Barbara and her sister (and fellow muso) René set off on a long and winding motorbike adventure from Sydney, through Darwin, and finally to Katherine – where the bickering pair come face to face with some home truths.

Billie Brown Theatre has been transformed to accommodate the larger than life Barbara and her Camp Dogs, with the set pushing beyond the confines of the stage and stretching out into audience. The usually white walls around the stage are gone, replaced by a dark and gritty bar scene. Tables and chairs surround the stage with some lucky audience members helping to create the aesthetic of a live gig. From the first beat you will be mesmerised–Barbara (Ursula Yovich) and Rene, played by Elaine Crombie (Kiki and Kitty), are not only excellent actors, they are outstanding singers. Whether singing solo or together, both women produce a powerful sound, with their voices blending beautifully. The tunes are soulful and catchy, and together would comprise an album I would certainly buy. The play’s writers, Ursula Yovich and Alana Valentine also wrote the songs for the production.

Barbara and the Camp Dogs continues QT’s commitment, certainly evident in recent years, to tell a range of stories from a range of voices. The play may at times be uncomfortable, as the story forces you to consider your own feelings, attitudes and assumptions. That is, though, what makes this production such an important and powerful piece of theatre. It is a credit to the creative team that Barbara and the Camp Dogs does make you think while keeping you thoroughly entertained.

Barbara and the Camp Dogs is now playing at Billie Brown Theatre until 25 May. Tickets can be purchased here.

Read more about QT’s 2019 season in our story here. 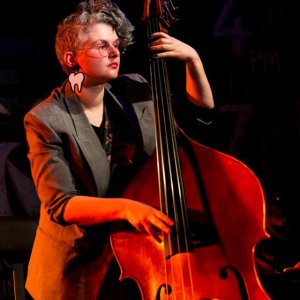 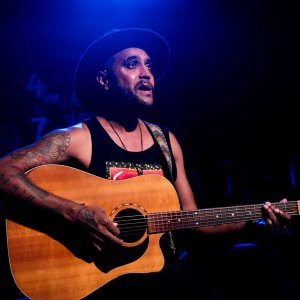 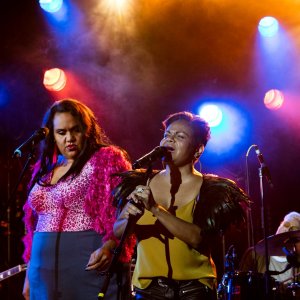