Queensland Theatre has opened its 2019 season with Arthur Miller’s Death of a Salesman. Widely lauded as one of the greatest plays of the 20th Century, Death of a Salesman has won countless awards, going on to be revived on Broadway four times and is regularly adapted for cinema and television. Seventy years on from its Broadway debut, Miller’s towering classic is arguably as relevant now as it was in 1949.

As the death-rattle of American optimism echoes through the land of the Free Market, travelling salesman Willy Loman loses himself in the halcyon haze of the past. Once the king of the road, Willy is veering off it. Time was, he could sell anyone anything, and his reward was the whole package: wife, two sons, the car, the white picket fence. But now he’s feeling his years. He is behind on the mortgage, he is sidelined by his wet-behind-the-ears boss, and the final straw is when his adult son Biff – once a sporting prodigy, now a directionless disappointment – lands on the doorstep, further loosening Willy’s grip on the reality of his broken-down life.

Peter Kowitz is outstanding as the unravelling salesman Willy Lowman. Traversing a spectrum of emotions throughout the play, Kowitz is unfaltering. His performance is confident and assured, perfectly portraying a mind which is fraying yet remains certain of what needs to be done. Kowitz is expertly supported, with Angie Milliken wonderful in the role of Linda Lowman, a woman who appears to do nothing more than manage the minutiae of the household but who is far more astute than she is perhaps given credit for.

The set is simple yet will instantly make you feel at ease. Anyone who has parents or grandparents who decorated their homes in the 1940s will recognise the checkerboard linoleum floor and simple kitchen tables and chairs. Even the doors in the home are true to the era, a simple detail which lends immeasurable authenticity to the production. The Lowman home feels familiar and lived in, making the family seem all the more real. The play travels between now and then, dream and reality effortlessly and expertly. The set is changed minimally throughout the production, yet the audience is left in no doubt as to what is real and what is happening only in Willy’s mind.

This year, Queensland Theatre joins prestigious theatre companies across the globe performing Death of a Salesman in its 70th anniversary year. In fact, Queensland Theatre’s production had the honour of performing the play exactly 70 years after it opened on Broadway on February 10, 1949. A strong opening for QT’s 2019 season, there is much to look forward to if all of its productions this year can match this one. Death of a Salesman is now playing at The Playhouse QPAC until 2 March. 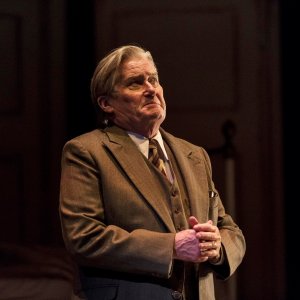 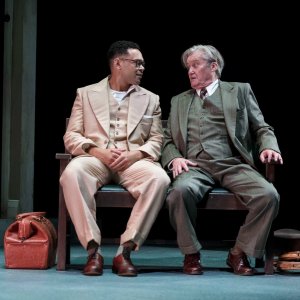 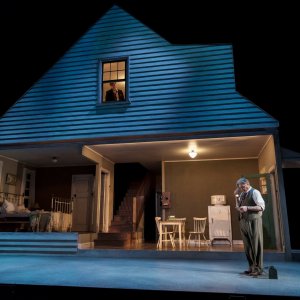