Published on February 5, 2018 | in Community
Saba Abraham sits in the garden of her West End African restaurant Mu’ooz, a not-for-profit social enterprise to give work, experience, training and employment opportunities to African refugees.

Bright and colourful, the restaurant transports you to Africa, decorated with bamboo, baskets and bright paintings. Mu’ooz, Saba explains, means tasty and healthy in Tigrinya, the language of Eritrea in East Africa where she was born.

“I was the only girl among eight siblings,” she says. “I had exceptional parents, particularly my mother. She was my inspiration. Strong and responsible, always wanting to help the disadvantaged. She taught us to be prepared for adversity and be willing to share any good fortune that came our way. The farm and shop she ran sustained our family.”

Saba’s father and two of her older brothers were all involved in politics. Inevitably their influence led to Saba joining the Eritrean Liberation Front (ELF) at 14 years old, the movement for the liberation of Eritrea after Haile Selassie of Ethiopia annexed it.

Too young to fight, she was assigned other jobs, such as disseminating information, collecting contributions, mobilising people and fighting for women’s rights. By the time the civil war broke out in 1980, she had risen in the ranks, being responsible for three districts, and there were times when she too had to fight in armed combat. The ELF lost the war and she was no longer safe, so she fled to Sudan and later to Egypt where she applied for political asylum.

“I knew nothing about Australia and my English was poor. In fact I thought it was somewhere in Europe! But my priority was to secure a peaceful future for my daughter.”

She expected to be flown there and left to fend for herself. Instead they were met, helped with all the documentation, given accommodation, and this is where she learned about free education and the social security system. Over time she learned the language and started to fit in. She began helping with immigration and settlement matters for the Africa Australian Association and became involved in a pilot project to help immigrants settle in Australia.

She was entrusted with the job of finding immigrants work, helping them to acquire commercial skills and to learn the language.

“I asked myself what was the one skill that so many of these women bring with them and that could help them succeed? Cooking!”

She opened the restaurant a year later, and since then more than 150 women have passed through. This year Saba celebrates ten years at Mu’ooz, encouraging the community to celebrate with her on Friday 9 March.

“The restaurant is a safe and happy place for women refugees to learn English, to meet others and to heal from the traumas they have endured. Even though I work hard and make very little money, knowing that I helped is my biggest reward.” 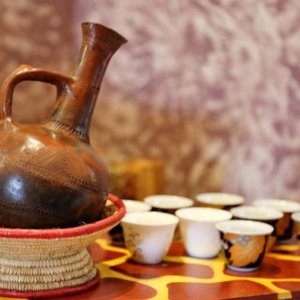 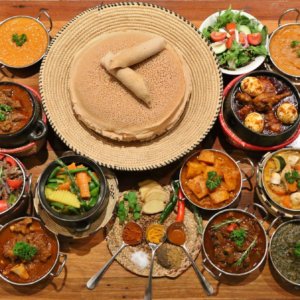 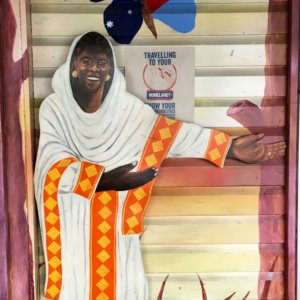 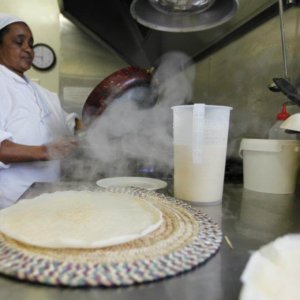 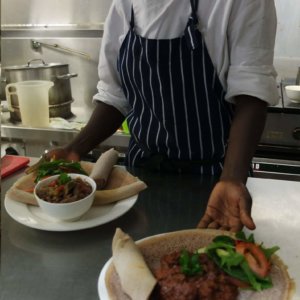 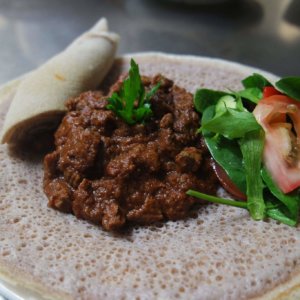 Words and Images by Marina Marangos