Punk rock quartet Semantics are making waves in the Brisbane music scene with their heartfelt and energetic jams. Having just rocked a set at BIGSOUND festival 2019, Semantics have earnt their place in the Australian music scene and are a band to watch out for. What started out as three friends getting together to write some punk songs for fun has grown into a band that bring back the nostalgic feeling we have all felt from punk rock anthems.

Through many gigs, member changes and personal growth, the three piece soon became a four piece, consisting of Callum, Gerard, Madi and Mitch. The new grouping shifted the dynamic on stage and cemented Semantics as the band they are today. Semantics describe their sound as “somewhere between punk-rock, indie, emo and Aussie rock”. It is a sound that combines a powerful and relatable message with a beat to bop to, lyrics that touch the heart and are made for singing at the top of your lungs, offering something for every listener. Placing a strong emphasis on mental health throughout their music, the band hopes their audience can relate to their music, instilling hope in those who hear it. Mental health has affected each member individually, from personal battles to experiencing the struggles of loved ones and peers.

“It’s the most pressing issue in our day to day lives,” the band emphasises, “People make music for a million reasons; some bands are political; some express strong views on feminism and societal issues; some bands write songs purely to entertain an audience; all are equally valuable to listeners and the broader community, and we have found our place focusing on mental health.”

Semantics have used their music to reach out to a community in need, and their dedication to spreading hope and positivity amongst this community is inspiring. Releasing their music on an open platform, Semantics hope their listeners find relatability in their music.

“If any of our listeners can find something they understand and can feel understood, then we’ve done our job.”

Wearing their hearts on their sleeves has seen the band in a humbling and terrifying whirlwind two years, playing in small rooms to crowds as little as 10 people, to taking the stage in front of a packed nightclub, and having their sophomore EP, If You’re Not Alright, featured on Australian Radio Station Triple J. Semantics sings a lot of praise for the Brisbane music scene, thanking the network of artists, venues and punters for allowing diversity to shine through the industry, and providing them with a supportive network within which to share their music and grow as a band. Recently joining the Select Music Family and Stonehouse Music Supply, Semantics have a busy future ahead of them and are more motivated than ever to produce more music for listeners to bang our heads to. The wheels are well and truly in motion for this Brisbane band, sure to turn heads, get us dancing, and continue the conversation around mental health. 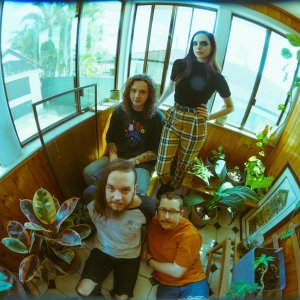 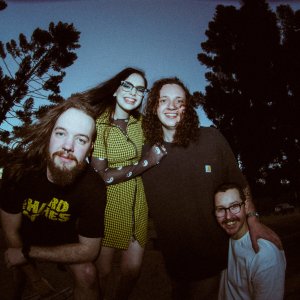 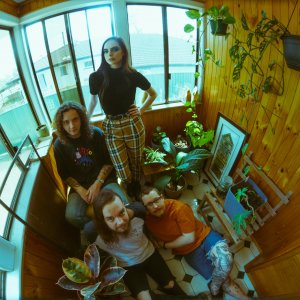