Published on January 22, 2018 | in Arts
Director Stephan Elliott (The Adventures of Priscilla, Queen of the Desert) returns to the screen with Swinging Safari.

The Marsh, Jones and Hall families are neighbours with a love-hate relationship, living in a stereotypical cul-de-sac at Nobbys Beach, a classic Australian beachside suburb.

For the kids, life is about creating their own fun in this samey, mid-70s suburban neighbourhood. Fourteen year-old Jeff Marsh (Atticus Robb) spends much of his time making stunt films with his 8mm camera, utilising his friends as talent.

Around the same time that a blue whale washes up dead on a local beach, the parents attempt swinging with a key swap during a fondue party, and things start to go pear-shaped.

A coming of age for central characters Jeff and his close friend Melissa Jones (Darcey Wilson), and set in the period Stephan Elliott says defined him, Swinging Safari is raucous, hilarious and oh-so-Australian.

At the core of the film is the contrast of the teens’ awkwardness and innocence with their parents’ hedonism, selfishness, narcissism, and terribly misguided decisions.

Events really take a turn for the bizarre when the parents try their best to set Jeff and Melissa up to sleep with each other after a Blue Light disco.

Throughout are countless wonderfully nostalgic references to products and brands we loved, or loved to hate.

Who could forget K-Tel, or Fags, or how much Kentucky Fried Chicken we consumed?

Constantly drinking, chain-smoking or popping sedatives, the parents, played by the superb cast of Guy Pearce, Kylie Minogue, Julian McMahon, Radha Mitchell, Jeremy Sims, and Asher Keddie, are suitably crass and so messed up as to be totally memorable.

Rife with tacky design and all that has since been labelled ‘kitsch’, Swinging Safari could not possibly look any more 1970s.

A must-see film which looks set to be Elliott’s next box office smash, Swinging Safari is now in cinemas nationally.

Readers also enjoyed this review of The Commuter. 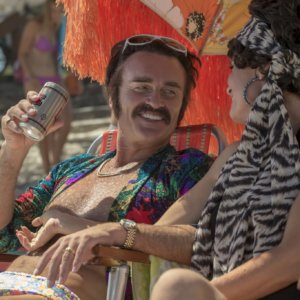 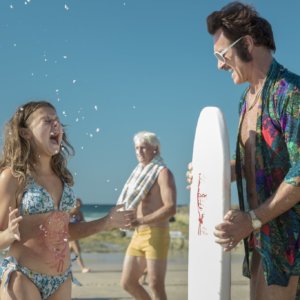 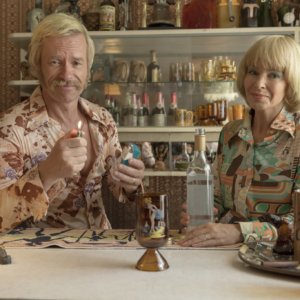 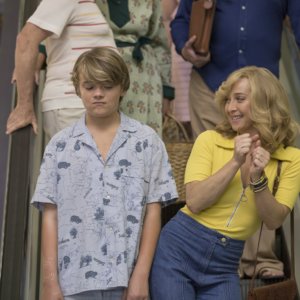 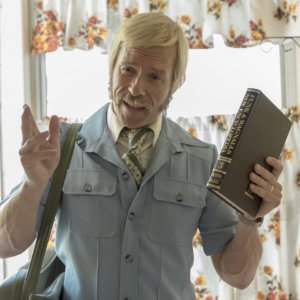 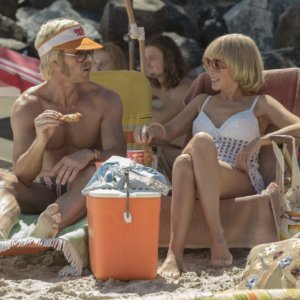