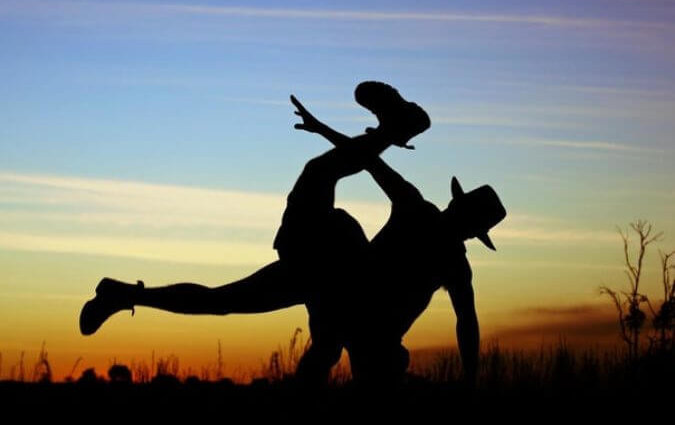 Published on February 21, 2018 | in Arts
The premise of the new dance work, The Blokes Project, is a difficult pill to swallow – trying to feel empathy for white, middle aged men as a victim of society, when they are so often the perpetrators, initially seems absurd. That is what this two person dance and physical theatre show does so well – it admits the faults of its subject while also shedding light on the issues that they deal with, primarily toxic masculinity and mental health.

Performed on and around a shipping container located at Southbank’s Flowstate, the show investigated the learned truths and stereotypes surrounding how to be a typical Australian man. Dancers Matt Cornell and Josh Thomson embodied the premise, their ability to shift from flowing dance sequences to stoic, masculine movements allowed the audience to understand the basic premise from the very start of the performance, while still learning more as the show continued.

Highlights of the show included Cornell opening the shipping container they had previously been climbing over, to unveil a Thomson trapped in a web of rope, was a standpoint moment. The struggle to escape portrayed depression effectively, and the subsequent teamwork that occurred throughout the piece was highly engaging, both to watch the two men physically interact and to understand the dark concepts it was portraying.

The use of basic materials, such as chains and rope, brought further emphasis to the message. Rope was especially compelling, with connotations of both manual labour and its frequent use in suicides.

The first half of the piece hit home, only using speech in the form of a voice over track discussing mental health in middle aged men.

The audience was given the ability to put their own meanings to each performance, as well as the themes that were clearly present. It also showed how little men speak about the issues presented throughout the piece, an audible representation of the silence that is forced upon men who should be seeking help.

Instead, the use of Crocodile Dundee style “that’s not a knife, this is a knife” humour brought the audience out of the brilliantly bleak world they had initially been drawn into.

The Blokes Project comprehensively and effectively gave the audience a new perspective of the struggles of often overlooked mental illness sufferers and the learned divisiveness between men and the fear of each other that inflicts these mental health issues.

Readers also enjoyed this review of See You Up There.

Words by Jessamy Tredinnick
Images and Vimeo via  TheMattmosphere