One of Brisbane’s most intriguing and captivating dinner parties returns to QPAC’s Cremorne Theatre, with new Artistic Director Amy Hollingsworth paving the way. This year, Expressions Dance Company’s (EDC) The Dinner Party brings a new cast and new character developments. The stage is set for an elegant soiree: The Host (EDC’s Jake McLarnon) is an influential and wealthy young man who manipulates every guest seated at his table; and The Hostess (special guest Lizzie Vilmanis) is his wife, who wields the real power in their relationship.

As the evening wears on, the story gains momentum and darkens as the guest’s insatiable need for control, status and power intensifies. “The Dinner Party centres around desire for power, its impact on relationships, and how the motivator of status can corrupt completely,” said Hollingsworth. “What has always struck me about this work is its subtlety, and that even the smallest of interactions at the dinner table can disrupt the dynamic, shifting both the balance and perception of power so suddenly and completely.” She adds, “I find the medium of dance is profound when weaving these subtle threads, capturing the most nuanced and weighty moments of body language.”

Hollingsworth was the production’s rehearsal director in 2015 and said many of the relationships between the characters take on a more layered meaning now in 2019. “With current awareness of the conversations concerning gender and equality, various character dynamics seem more exposed and some of the relationships take on a different tone when seen through the current lens,” she said. The Dinner Party is choreographed by EDC’s former artistic director Natalie Weir who has reworked the piece and reshaped the roles. It will tour Queensland, New South Wales and the Northern Territory after its Brisbane season. 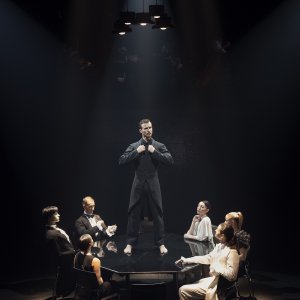 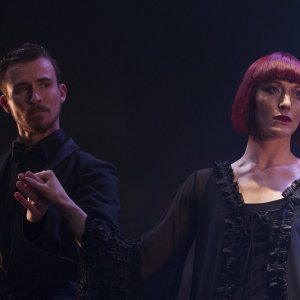 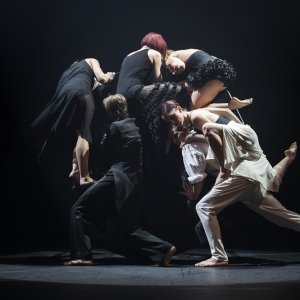 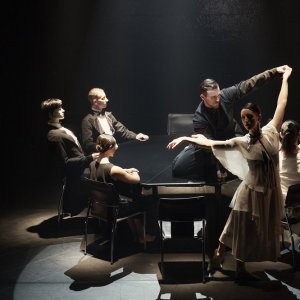 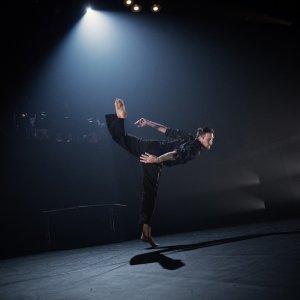 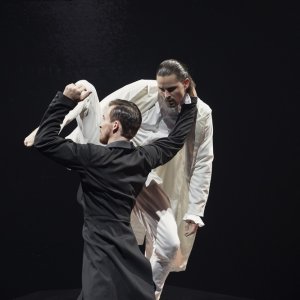