Meet Jonny Garrison, shaking up South Brisbane’s food fare with vegan burger bar Grassfed. Garrison is proving that plant based eating is just as mouthwatering as its beefy counterparts.

Garrison’s passion for cooking up a storm began in his hometown of Shakespearean Stratford in the United Kingdom. He started by washing pots and pans at a local restaurant at age 16. Fast forward 12 months and Garrison picked up a knife and was honoured with the title of junior chef. In his late 20s, he embarked on a new adventure, moving across the world to Australia. Eight years on, Garrison could not imagine living anywhere else. “I love the atmosphere, the people, the alternative feel … I knew South Brisbane was the ideal place to open Grassfed,” said Garrison.

Vegetarians and vegans might remember Garrison from his days creating the dairy free soft serve icecream, I Should Coco, bringing its creamy goodness to the Brisbane Vegan Markets almost three years ago. “The first few Sundays it took off. Thousands of people were showing up. It was crazy,” he said. But success was not the only thing Garrison found at the markets — he met his now business partner Alejandro Cancino at the markets, bonding over a passion for plant based cuisine.

Cancino was a well renowned former Executive Chef at the three-hatted Brisbane restaurant, Urbane. He has now gone on to create a plant based food distributor, Fenn Foods, in line with his vegan lifestyle. Combining their appetites, Garrison and Cancino opened Grassfed.

What started as a casual conversation early last year turned into a reality as they opened the doors of the Fish Lane hole-in-the-wall eatery a mere nine months later. “I knew it would be hard, but I think I underestimated how tough it would be,” said Garrison. “Currently I’m working 10 to 12 hours a day, seven days a week.”

The pair experimented for months, determined to invent the best vegan burger patties in Brisbane. And so vEEF was brought into the mix — a vegan patty deliciously crisp outside and with a satisfying umami flavour within, topped with classic Australian and original fillings sandwiched between two soft buns. “I’m always on the hunt to make sure everything is perfect, from our freshly baked bread, to the patties, and even down to the pickles,” Garrison said.

He expected his cuisine would be popular with the vegan community who were finally given a burger menu that was all theirs, but Garrison had never anticipated how diverse his clientele would be. “Tradesmen are generally your biggest critic, but the other day I had four tradies come in wanting to try my burgers and they cleaned up their plates! They absolutely loved it; it was great to see.”

There are certainly future plans to grow Grassfed to more than a niche burger bar. In the meantime, this simple menu where each burger is crafted from plants with sustainable and local ingredients, drives Garrison’s philosophy “only the best for the plate and the planet”. 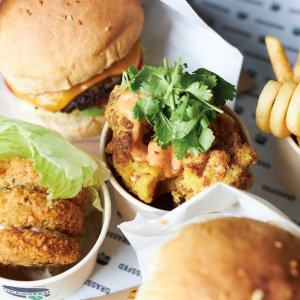 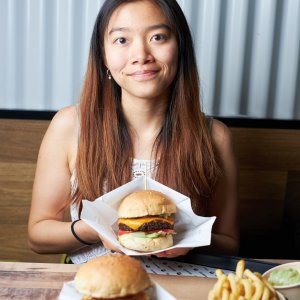 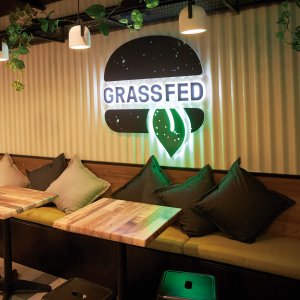 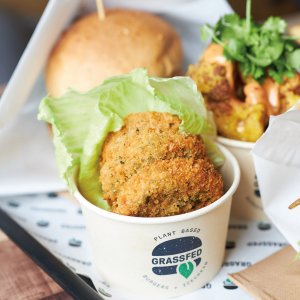 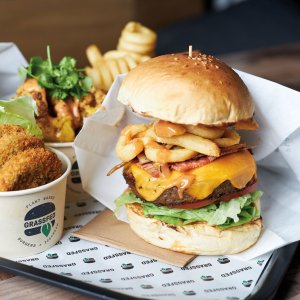 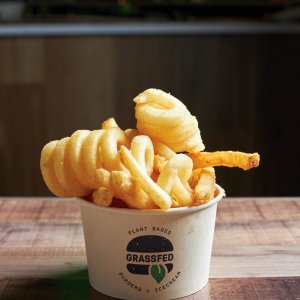 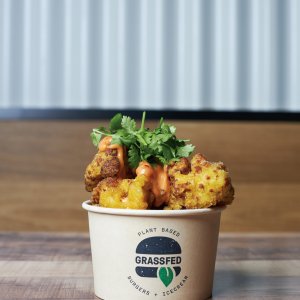 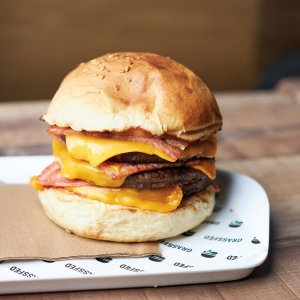 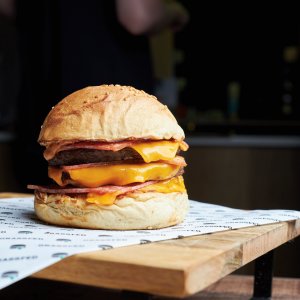